My name is Peter Veger. I have been professionally active as a sound engineer since 1995. My company is called Present Productions.

As a child I was already working on electricity, sound, speakers, microphones, recorders, music and instruments. My greatest love in terms of instruments were (and still are) the drums and the bass, but I had several musical instruments available early on. While my music friends were mainly attracted to the performance in (school) bands, I was more interested in making recordings of our musical bumbling.

In the early nineties I bought my first computer for the music: an Atari 1040ST with the program Cubase on it. In combination with a synthesizer, a sampler, a multi-track cassette recorder and some microphones and peripherals, I could actually make anything I wanted. It was a lot of ping-pong because of the lack of tracks (4 pieces, of which 1 was already needed for the time code, to synchronize the Atari), but I dare say it was my most productive period as a hobby music producer. The lack of possibilities meant that you had to be creative and economical.

In the years that followed, my studio soon developed into a complete 16-track studio with 2 Alesis Adat recorders as the basis. I did my own music productions, recorded artists and worked for various clients as a producer of music for video, TV and commercials.

In 1997 I attended the theory and practice audio engineering course at the Media Academy in Hilversum, The Netherlands. (previously known as Santbergen) and my average final grade was 9. Funny detail is that I was the only student up to that time who obtained a 10 as final grade for the PA technique component. While there actually is not even my heart.

After working as a technician for a longer period of time, I had my own music store for 8 years, specializing in studio and recording. During this period I have continued to record and mix music. After this adventure I continued as a sound engineer in my own studio and that is the studio where I do my mixing and mastering nowadays.

I consciously chose to work online. This means that I do not receive customers, but work on the basis of online file exchange. I believe that as a technician I can perform best in this way, because I don't have to share my attention with existing customers during mixing or mastering. Still I have a lot of contact with my customers and that usually goes through the mail. It works very smoothly in this way and the customers always have the feeling that their own input can certainly be heard in the end product!

I still make my own productions, but I find it even more challenging to make beautiful mixes and masters of others' productions. I also enjoy a rap track as much as a country song. Everything in between comes over here and I do it with pleasure.

If i'm good? Yes of course! But prefer to judge for yourself and listen to some of my mixes / masters on this sample page.

Do you want to work with me, feel free to contact me! 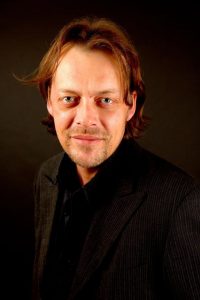 Some of the tools we might use to master your recording: